The artist Henrik Langsdorf about his encounter with HAPPYLAND

I began dealing with racism in drawings since I was 14 . After more than 20 years in the U.S., where this topic pervasive, I came back to Germany in 2020 with a kind of “HAPPYLAND”-concept of my home country. In Germany, we have dealt with the Holocaust and, as a society, have taken a clear stand against racism. It is true that there are violent racist crimes, but they happen on the fringes of society and are carried out by racists, not by the  principled citizens we see ourselves as.

When I first heard about the book "What white people don't want to hear about racism but should know" by Alice Hasters, my spontaneous reaction was: I really don't need to read this book, having dealt with racism since my youth and being married to a black woman. However, an instinct told me to read it despite the author's deliberately provocative title.

This book opened my eyes like no other. I realized how little I knew about what it is like to be black in Germany and how omnipresent everyday racism is.

Next I have read Exit Racism by the Afro-German author Tupoka Ogette. I immediately recognized myself in it when I read: »Ms. Ogette, I feel like I spent forty years of my life in ›HAPPYLAND‹. And you've pushed me out of it now. It feels like a tornado has blown through my head.« This was said by an executive from a major communications company at the end of one of Ogette's workshops.

In Exit Racism she writes: "That's why in HAPPYLAND you are more concerned about being called racist than actually dealing with racism and its effects. If you ask the residents of HAPPYLAND about the state of racism is in this world, they will almost certainly say that it is no longer a big issue. Moreover, Happylander see themselves as bona fide non-racists. Nothing would be further from their minds than to consciously exclude someone. At least that is not part of their self-image. They consider themselves open and tolerant. This is because not only the word racism, but also the thoughts about it were banished from HAPPYLAND  ...”

This has led me to critically examine my own whiteness, comfortably padded with White Privilege, and I challenge everyone to do the same. It is a journey we must embark on - an uncomfortable journey. But the realizations we have along the way will never be as painful as the daily pinpricks of everyday racism, which we will never have to experience and of which we are not aware, but to which we ourselves often contribute unconsciously and of course unintentionally.

Tupoka: “HAPPYLAND is a world in which racism is the offense of others. In HAPPYLAND all inhabitants know that racism is something bad. Something to be despised. In HAPPYLAND, racism is enormously morally charged. Racism is [the neo-nazi party] NPD, baseball bats, skinheads and now also the AfD. It is Hoyerswerda, Hitler and the Ku Klux Klan. The term is not ambivalent, because racist is who is bad. There is a consensus about that in HAPPYLAND. The Happylanders have learned this since childhood. In the self-image of the Happylanders the word ›Racism‹  has no place. Also other related ›isms‹ are barely represented there. It is no wonder, then, that in Germany terms associated with racism are regularly chosen as the Un-word of the Year - like ›foreigner-free‹ in 1991 or ›Gutmensch (Do-gooder)‹ in 2015. Add to this the fact that in HAPPYLAND it is assumed that racism has something to do with intent. For something to be called racist, it must have been said or done intentionally. Thus, only someone who intentionally decides that the following action or what is said below should be racist can be accused of racism. An effect, which the causer of the same did not intend, is accordingly only in the eye of the beholder and the causer bears no responsibility for it. Intention and effect form no causal chain in HAPPYLAND and have - if at all - very little to do with each other. The Happylanders decide when and how what they said is seen by the recepient, and how it feels or is supposed to feel. »I didn't mean it that way, so no need for you to act offended.«

I have been told by Blacks that we whites need to do more, much more, to inform ourselves and become allies in the fight against all forms of racism. Especially among progressives and green party voters and even politicians of this persuasion all the way up to integration commissioners, there is often a big gap between self-image and an actual anti-racist attitude.

„We need your support," says activist and politician Aminata Touré. "You guys, even if you're not affected by racism, you need to take a stand, dammit! Even in those situations where there are no People of Color present, but the uncle or a colleague says something racist  (...) So that we don't have to do the work alone.“

I am learning more on this topic every day. If you live in Germany, I encourage all of you to read the books by Alice Hasters and Tupoka Ogette, or better yet, because they are read by the authors themselves, to listen to them as audio books. 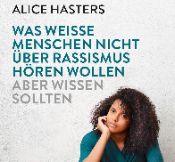 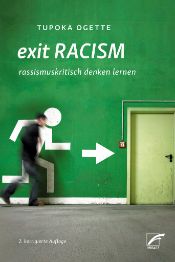 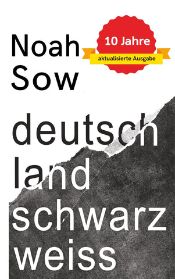 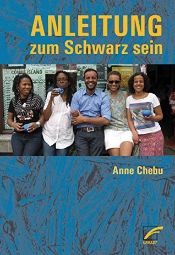 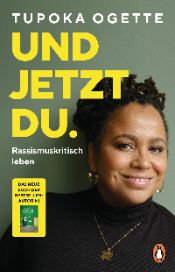 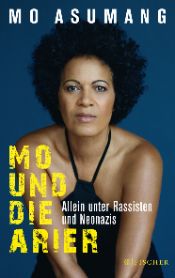 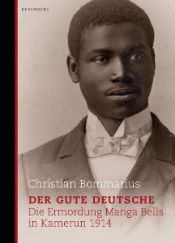 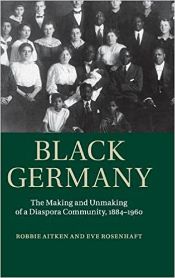 The Making and Unmaking of a Diaspora Community84–1960